EBA attended the event ‘Visions of Bioenergy – Bringing local initiatives to Brussels’ organised by the European Biomass Association (AEBIOM) on the 11th of May 2017.

Various topics were tackled during the event, such as solid biomass sustainability: in Austria for example, the amount of solid biomass used in the last 25 years increased by 400% while the forest stock increased simultaneously by 40% (Christian Metschina, AEBIOM). Bioenergy is steadily growing in Europe, for example in Lithuania where there has been a 63% increase of district heating shift to bioenergy (LITBIOMA). Biogas was also addressed: in Bavaria, a staggering 33% of household receives its electricity from biogas plants. For illustration purposes, the EU gross inland consumption of biomass and biowaste in 2014 is represented in the figure below (AEBIOM’s statistical report 2016). 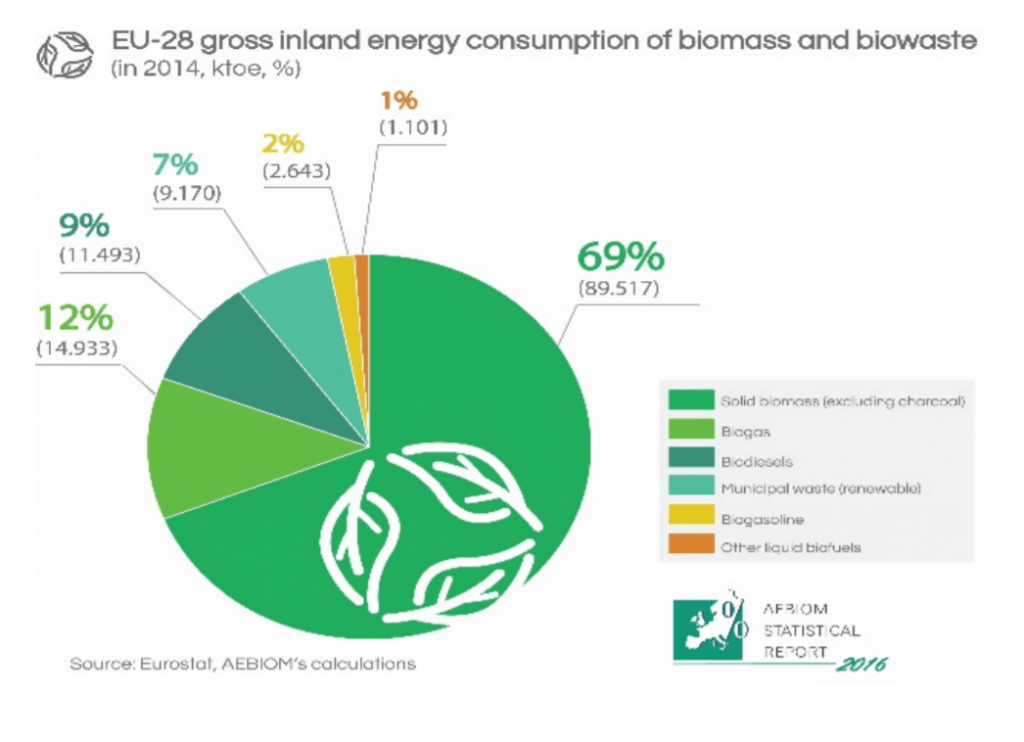 AEBIOM also shared a 360° video allowing the audience to virtually visit a Biomass Logistic and Trade Centre in Austria.

For further information, please consult the presentations which are all publicly available online.