According to the latest data, Europe counts 17,376 biogas and 459 biomethane plants.

For the past six months, the EBA team has joined efforts to compile its yearly Statistical Report on European anaerobic digestion industry and markets. This comprehensive analysis is sourced from national associations, national statistical reports and EBA experts’ own research.

This edition reflects the steady growth in the biogas sector, with the number of biogas plants practically tripling in only 6 consecutive years, reaching the current 17,376 biogas plants and 459 biomethane plants in operation in Europe (in late 2015). 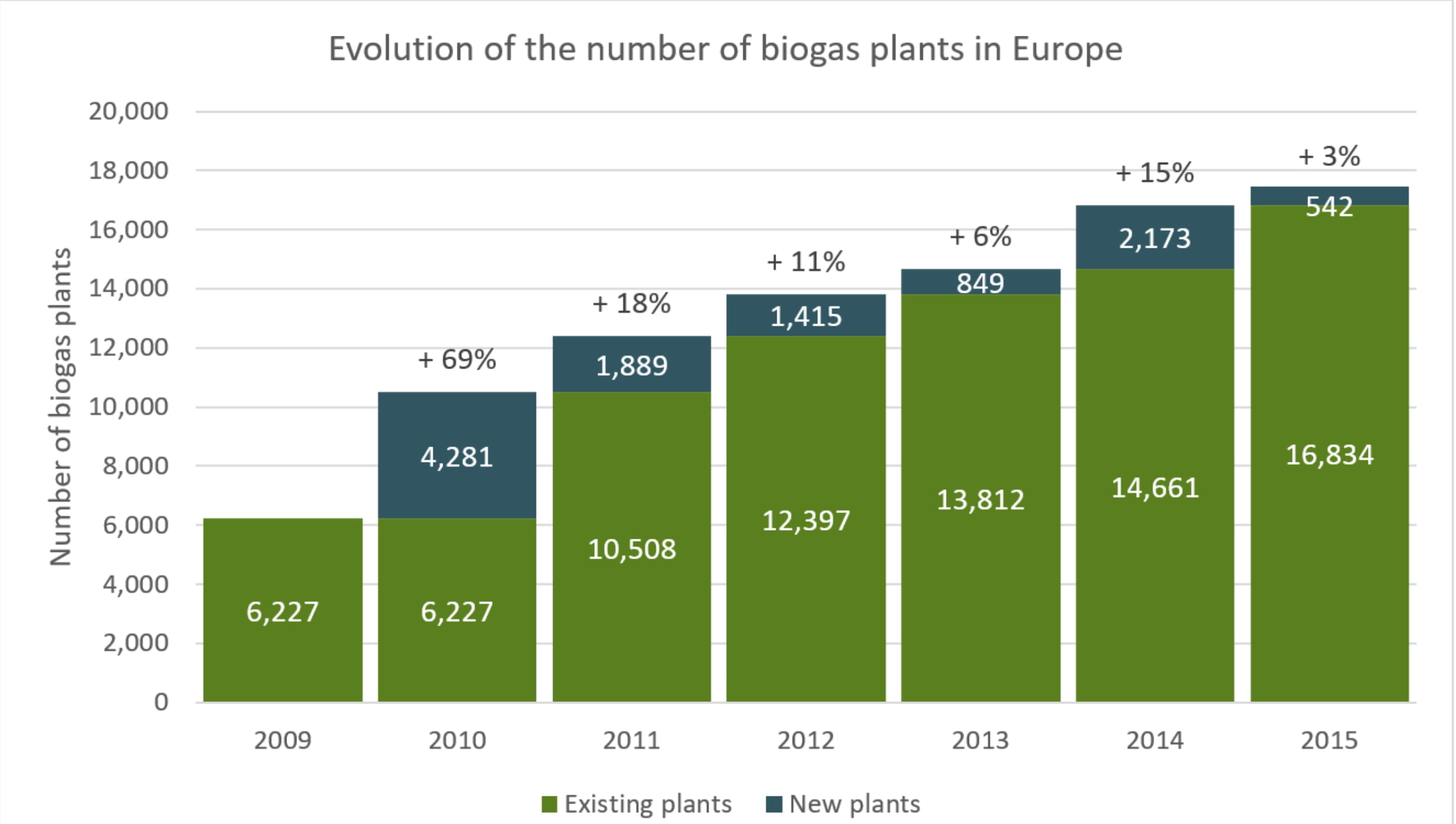 The number of biogas plants in Europe increased from 16,834 to 17,376 in 2015 (+3%). Some countries achieved significant increase such as the United Kingdom (77 additional plants, 17% growth), Belgium (20 additional plants, 11% growth) and the Netherlands (16 additional plants, 6% growth). In terms of biogas production, national associations and third-party observers quantify the total amount of electricity produced from biogas at 60.6 TWh, a number that corresponds to the annual consumption of 13.9 million European households. 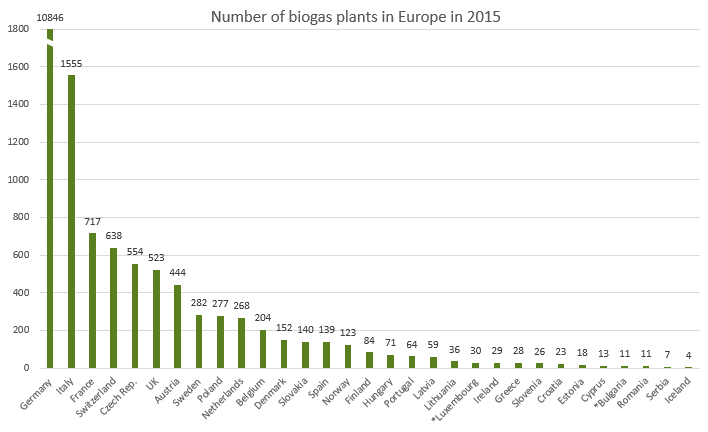 In 2015, there were 92 new biogas upgrading units commissioned which continues the steady growth of the biomethane sector. Germany remains a leader in the sector, with 185 biomethane plants. A few countries achieved significant growth, such as the United Kingdom (43 new plants), France (12 new plants), Switzerland (11 new plants), Germany (7 new plants) and Denmark (6 new plants). These numbers reflect a clear development in Europe, showing that the biogas industry is a mature one, capable of withstanding less profitable times while able to successfully seek for opportunities in the meantime. It can be then expected that these positive trends will continue in the short future. 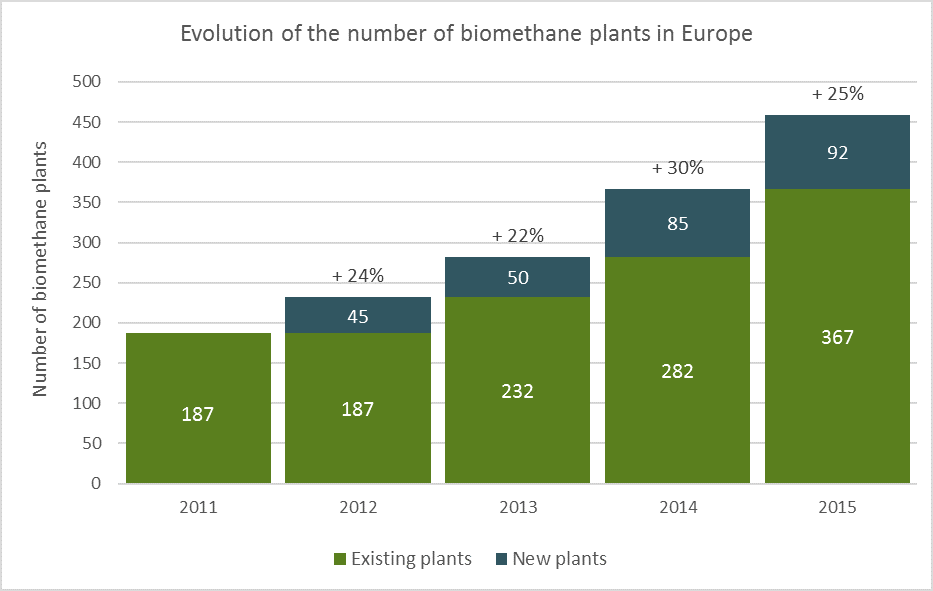 The Statistical Report of the European Biogas Association includes chapters on the biogas market (plants, production, feedstock), biomethane market (plants, production, feedstock), the support schemes in force, the jobs and turnover in Europe, and a European policy outlook. The report is freely available for members at the EBA website’s members’ area. Other interested parties can purchase the document at the price of €400 by contacting the EBA Secretariat here.