Productive visit to a biogas plant with Brussels policymakers

More than 20 participants joined in the Netherlands for a Biorefinery Study Tour co-organised by EBA, BBO (Dutch Biogas Association) and Suiker Unie.

Participants were invited to a sugar beet processing facility owned by Suiker Unie in Oud Gastel. There, EBA introduced the great potential of biogas in Europe waiting to be tapped, as well as the excellent evolution of the sector in terms of production during the past years to representatives from the European Commission and Permanent Representations to the European Union, among other attendees.

Suiker Unie representatives presented the facilities and the bio-based concept they developed: a cooperative of merged sugar factories striving for assuring its sustainability while keeping a strong position in the North West Europe market. The facilities thus implement the concept of circular economy at its best: the residues of the sugar beet factory are fed into the biogas plant, which produces heat for the surrounding greenhouses and biomethane for grid injection. Digestate, the by-product of the plant, is used as a bio-fertiliser recycling the nutrients of the used residues back to the soil.

An introduction of a concept was followed by a tour of Suiker Unie’s massive installations. Participants were able to appreciate a sightseeing view of the sugar beet factory as well as the impressive greenhouses and research and development installations under construction. The latter is planned to be finalised by the end of the next year, and will locate more than one hundred experts. Finally, participants arrived at the biogas plant. With three digesters and a storage (two more being currently developed), participants learned more about the anaerobic digestion process and its by-products. They were especially impressed by the produced digestate, which they were able to look at closely and further enquire about its properties.

The visit conclude among great appraisal of the circular economy concept and mentions of the great outcomes for participants. Some of them that were not very familiar with the issue of biogas were quick to highlight how interesting and fruitful the study tour had resulted. EBA is looking forward to organising similar tours in the future, such as the one that schedule to take place in Ghent following EBA Conference in October 2016 (more information here). 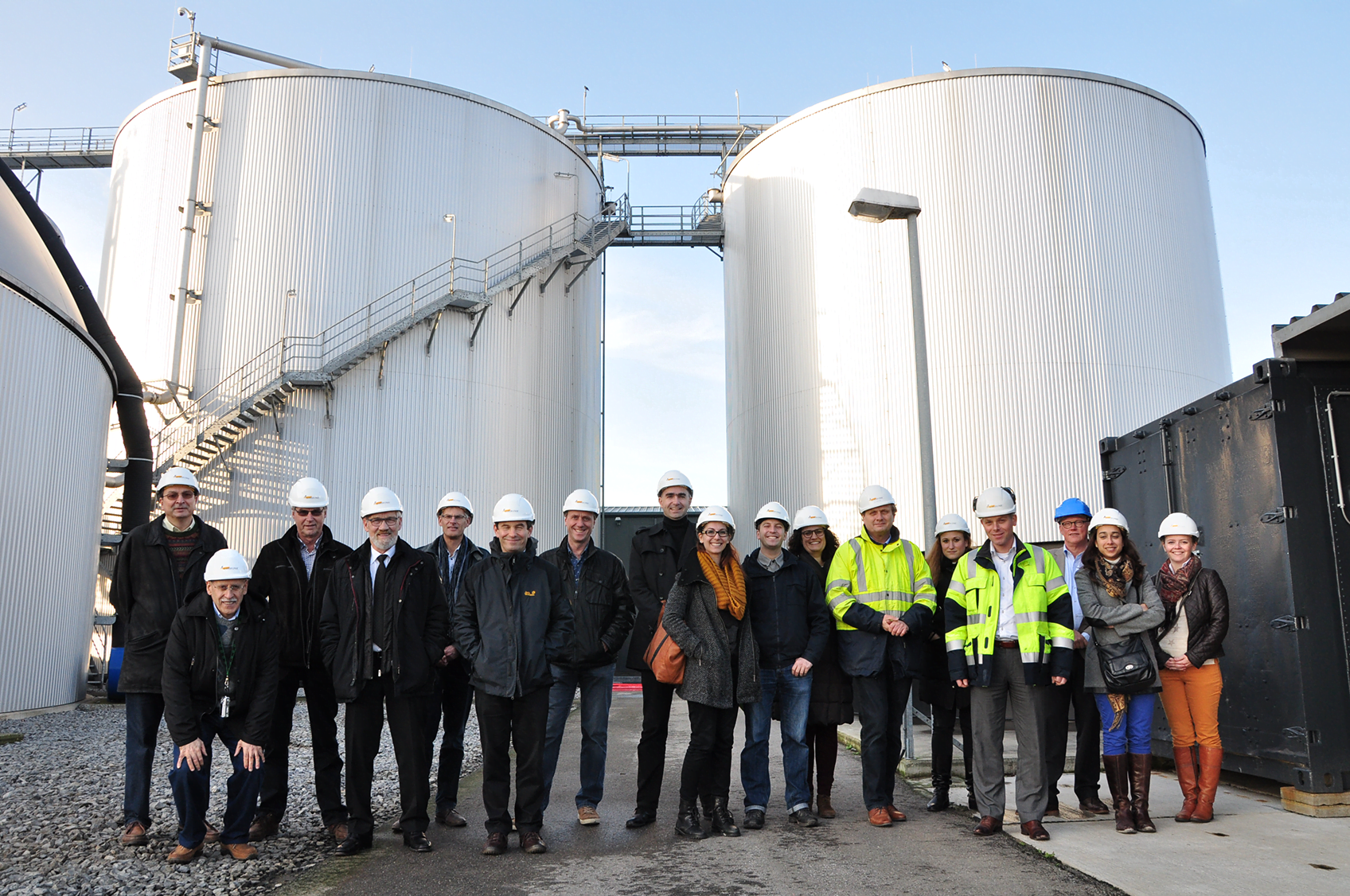 An explanatory video of the biorefinery can be found here.

Pictures of the event can be browsed by following this link.