According to the latest data, Europe counts with 17,240 biogas and 367 biomethane plants.

For the past six months, the EBA team has joined efforts to compile its Biomethane and Biogas Report 2015, the annual statistical report on the European anaerobic digestion industry and markets.

This comprehensive analysis is sourced from national associations, national statistical reports and EBA experts’ own research. The result is an edition aimed at deepening the analytical research of past years, “with more graphs and more tables”, as put by Dr. Jan Štambaský, EBA President and whose words serve as foreword of the publication.

This edition reflects the record-high growth in Europe in terms of number of plants and production. “There were 17,240 biogas plants in Europe by the end of 2014. This is a remarkable number, especially when realizing that it represents 18% growth. Also development of biomethane industry shows outstanding results, with 367 plants, 23% increase compare to 2013.” proudly announces Dr. Jan Štambaský, EBA President.  In fact, the rate of growth has sky rocketed in certain countries, such as the UK, where the number of biogas plants has been doubled in just one year. 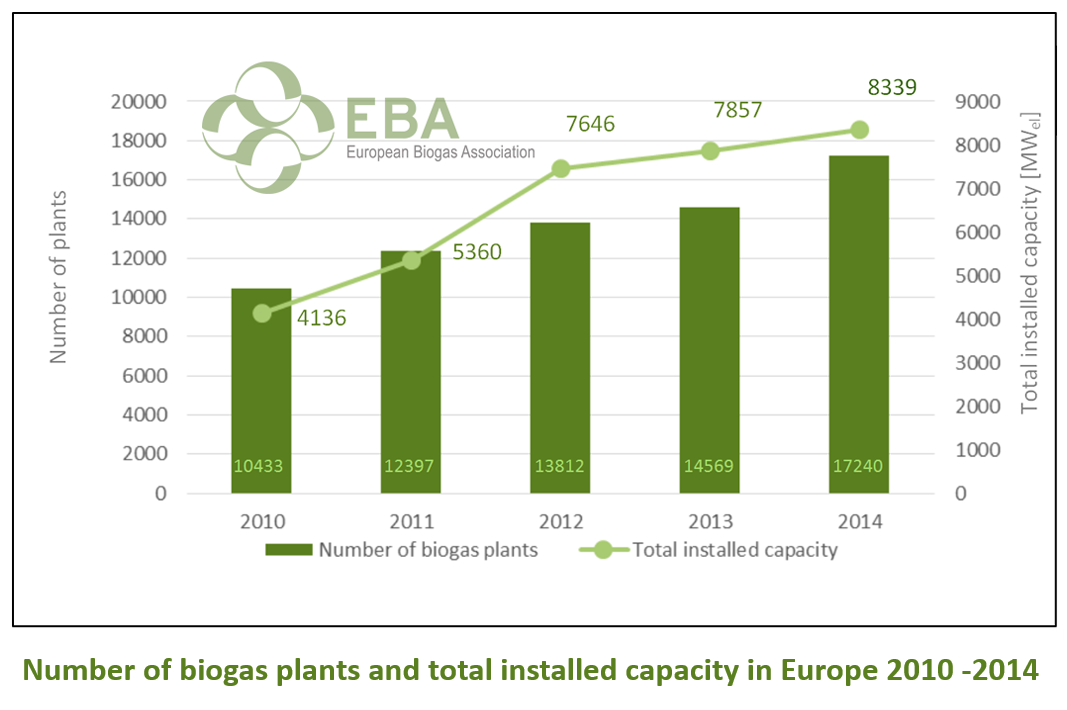 However, the overall augmentation of the number of plants has followed two different scenarios; on the one hand are countries who haven’t commissioned any new plants and have seen only minor developments (such as Austria, Czech Republic, Hungary), and on the other are those countries who have increased their biogas market with a substantial number of new biogas installations:
the UK, France and Belgium among others. In terms of biogas production, national associations and third-party observers quantify the total amount of electricity produced from biogas at 63.3 TWh, a number that corresponds to the annual consumption of 14.6 million European households. 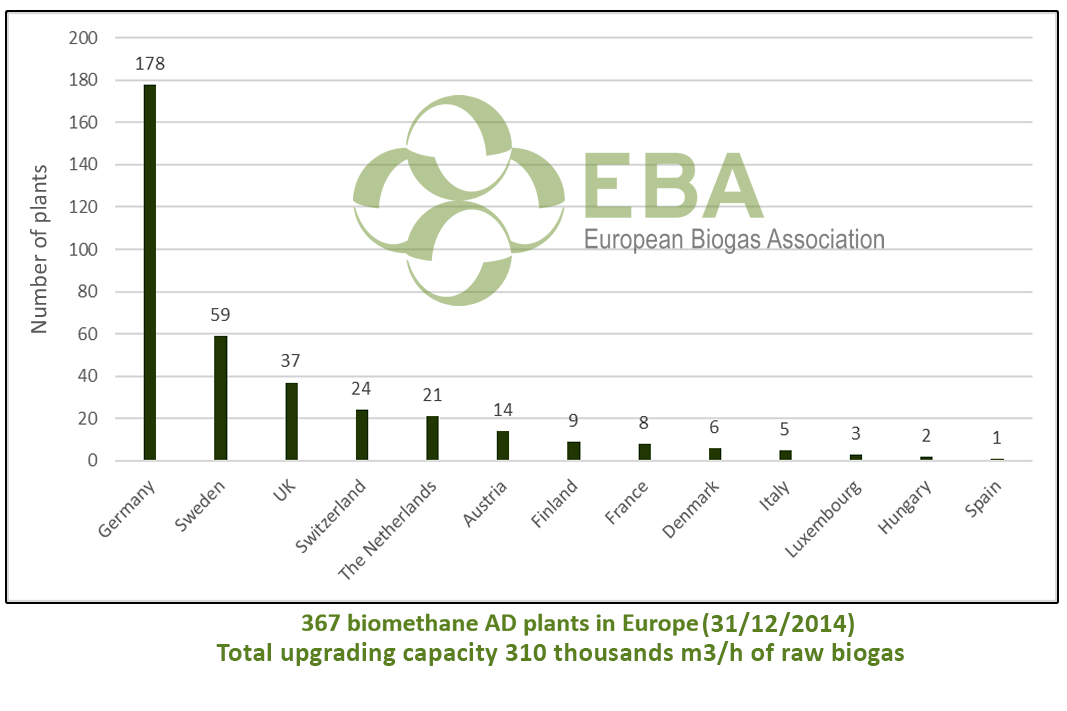 A steady increase can be appreciated in the biomethane sector, with 87 new biogas upgrading units commissioned. Germany leads the growth rate, followed by Sweden and the UK. Despite its small size in terms of gas consumption, Sweden has placed itself as the European front runner in biomethane production and especially, the use of biomethane in transport: the country dedicated 78% of its 1,303 GWh production to fuel almost 50,000 vehicles.

These numbers reflect a clear development in Europe, showing that the biogas industry is a mature one, capable of withstanding less profitable times while able to successfully seek for opportunities in the meantime. It can be then expected that these positive trends will continue in the short future, while all eyes are set on the policy development expected at an international level as a result of the recent COP21 meeting in Paris.

The Biogas Report 2015 is freely available for members at the EBA website’s members’ area. Other interested parties can purchase the document at the price of €300 by contacting the EBA Secretariat.