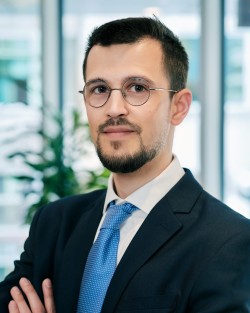 Competitiveness is about the relative price of biogas and biomethane for end-users compared to other energies. For policymakers and for private undertakings, under reporting obligations for their GHG emissions, this can also translate into the cost of CO2 emission savings (often expressed by the ratio €/kgCO2eq saved).

While factors like operational costs and economy of scale matter, competitiveness of energy production also depends on regulatory drivers such as taxation, carbon pricing and public support.

Easy and affordable access to existing gas networks is critical for the business case of biomethane producers, as the interconnected and very extended gas networks in Europe are a very efficient way to transport biomethane to consumers.

Setting a binding target for the production or consumption of biomethane will help drive investments in the sector and roll out capacity.

In many member states, injection into gas grids is difficult or prevented by a lack of clear rules and standards for the producers and network operators. Conversely, a few EU countries can boast that they have increased the injection of biomethane and are an example of best practice.

Once the biomethane is injected, it still has to be perceived as an economical choice for consumers. Tax treatment reflecting the environmental performance of biomethane will give the right price signal to consumers and thus incentivise the fuel switch. By default, biogas and biomethane today have the same level of excise duty as natural gas, unless they benefit from a national tax reduction or exemption.

EBA work on this topic