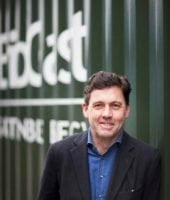 The VGGP proposes Frederik Gast, our chairman and board member, to be elected on the EBA executive board. He has been part of the VGGP board since its foundation in 2011 and has acted in the interest of biogas producers in establishing technical biomethane specs for Biomethane injection, import conditions, Grid feedin tariffs for producers and more issues.

Frederik speaks French, German and English and is aware of the priorities of different countries and members. He has been attending EBA meetings since 2014. Frederik has been active in Biomethane for over 14 years in over 5 countries in the EU and has experience as entrepreneur or as a service provider on more than 15 installations.

These years RED II is being implemented. Many regulatory definitions and the legislative positioning of GOO, feed-inn, biogas as transport fuel are a key factor in this. These influences the wellbeing of the heart of of the biogas sector ; the conversion of biomass into energy by generating electricity, heat, biomethane and CO2. If the producers of biogas can live well, the rest of the sector -supplying and servicing them – will also do well. EBA must have important influence here. Frederik knows these subjects from being an entrepreneur in the sector in the Netherlands and abroad.

And as a board member on a federation and making efforts to steer politics and by participating in EBA meetings and workshops..He is ready to help EBA to execute its mission and meet its goals

Frederik has an academic law degree and business education.