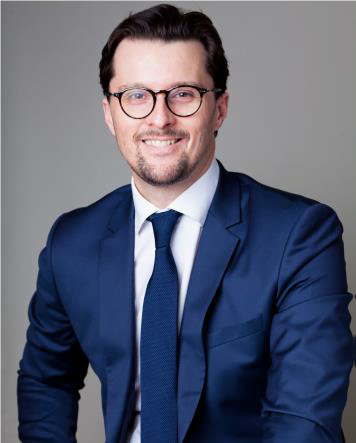 Olivier Guerrini is coming from France and currently SVP Biogas in TOTAL Group, in Paris.
He has spent more than 15 years in biogas and renewable gas industry. His carrier has started in Oil and Gas industry on fluid mechanics and hydrogen production and move to GDF SUEZ in R&D on biogas & green hydrogen production from thermal and biological processes. He took several positions as Manager, Project Director and Business Development Executive. He has been appointed in 2016, Industrial Director and in 2019, Head of renewable gas in ENGIE in charge of technical and industrial performance of biogas assets and expansion of biogas in ENGIE group in new countries in Europe but also in Brasil, USA and in Asia. Olivier has also contribute to the industrial development of new pathways for renewable gas production as gasification (GAYA French project, AMBIGO in NL,…) or power to gas.

Olivier has been appointed on the 1st September 2020, SVP Biogas in TOTAL Group in Paris in charge of a new global business unit dedicated to biogas and biomethane production.

Olivier is also Vice President of the French Pyrogasification Association and board member of the French Agro Industry cluster. In coordination with French DSO and the French Biogaz cluster, he is also leading the French Strategic Committee on biogas competitivity that aim to improve biogas costs and position of renewable gas in the French energy mix.

As a serial entrepreneur, Olivier is also member of several boards and advisory councils of young companies in the field of energy, agrobusiness, biogas and advanced materials.