The future role of biomethane 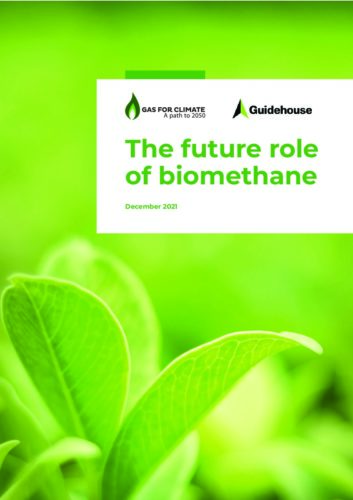 The Gas for Climate consortium published a paper exploring the future role of biomethane in the energy system. The report is a Gas for Climate publication, prepared to support the work of the group of companies and organisations that support the Biomethane Declaration.

Biomethane can make a significant contribution to climate action in the European Union (EU). To achieve the 2030 goals of the European Commission’s Fit for 55 package, and the EU target to reach a net zero emissions economy by 2050, multiple climate solutions must be pursued in parallel. The future energy mix is predicted to be dominated by wind and solar power, both as generators of electricity and in the production of hydrogen. Yet biomethane also has a relevant role to play.

The paper analyses the scale-up potential of biomethane in Europe based on a number of studies and compares these with the European Commission’s own estimates. The paper also describes the energy system and climate benefits of biomethane and other relevant aspects, including rural employment. Strategies to scale-up biomethane and the role that policy can play in removing barriers are also discussed.