EBA is back from Agritechnica

Like every year, EBA was present at the largest Agricultural trade fair in the world – Agritechnica in Hannover, Germany.

The annual agricultural trade fair attracts thousands of visitors every day during the nine days event at Hannover Messe. As usual, biogas had three halls dedicated for biogas plant operators, manufacturers, equipment suppliers and associations to exhibit their products and services. EBA had it’s stand neighbouring Fachverband Biogas, the German Biogas Association. Our stand was visited by students, potential biogas plant operators. EBA also met several of its members who were exhibiting at Agritechnica.

During the trade-fair the 18th meeting of EBA’s Company Advisory Council took place at Hannover Messe with more than 15 participants and delegates from companies and EBA board. 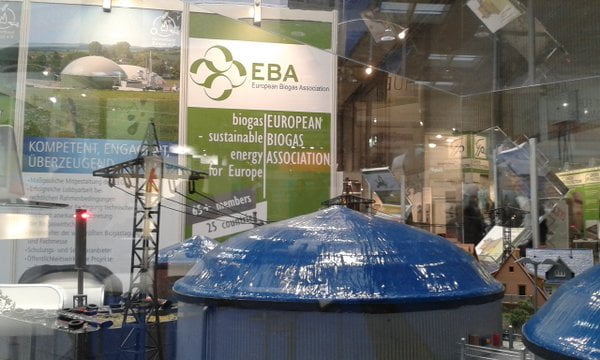